Ask your legislator to sign the Pledge to Save Hyde! 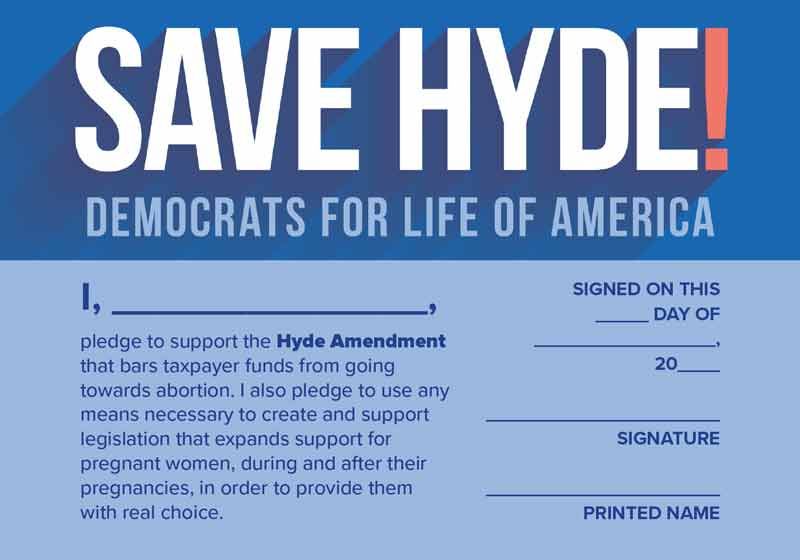 Find and email your reps!

US Congress
US Senate

Or, send them this Pledge Card 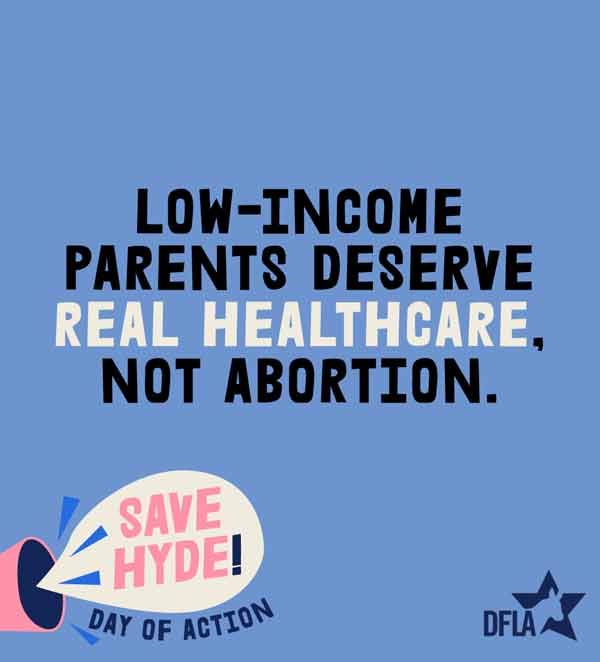 Why Real Healthcare is Better

Real healthcare is better because it's a long reaching, positive investment into the lives of low-income parents and their families. Taxpayer money should be used to save lives, not end them.

It's no secret that health insurance providers, both private and public, often seek the cheapest solutions, and in this instance, a $500 abortion is far cheaper than healthcare for parents and children.

#RealChoice shouldn't be a luxury

Many women who have abortions do so with great reluctance, feeling they have no choice. Many would decide otherwise if they had greater support in bearing or raising the child, and if alternatives were available to them.

We support efforts to provide healthcare to women and families, which can reduce the pressure associating with carrying a child to term. In a world where abortion is rare, pre-natal, and post-natal healthcare for women is absolutely critical. 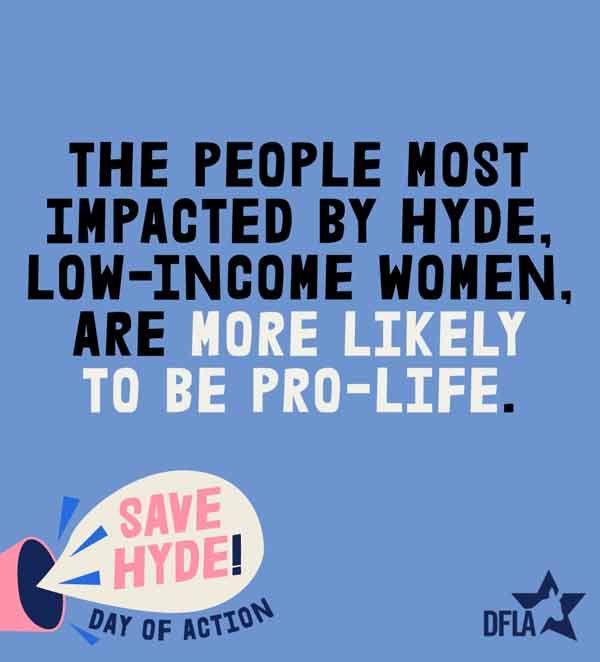 According to a January 2020 Marist poll, 60% of Americans support the Hyde Amendment. Even more interestingly, the gender gap that appears in the answers to most questions about reproductive health disappears when the question regards public abortion funding, meaning that women are just as likely to support Hyde as men.

A 2019 Politico/Morning Consult poll indicates that 41% of Democratic women support the Hyde Amendment, while 39% oppose it.

Even the extremely pro-choice Slate Magazine acknowledges that a majority of Americans, and a plurality of Democrats, oppose public funding of abortion. 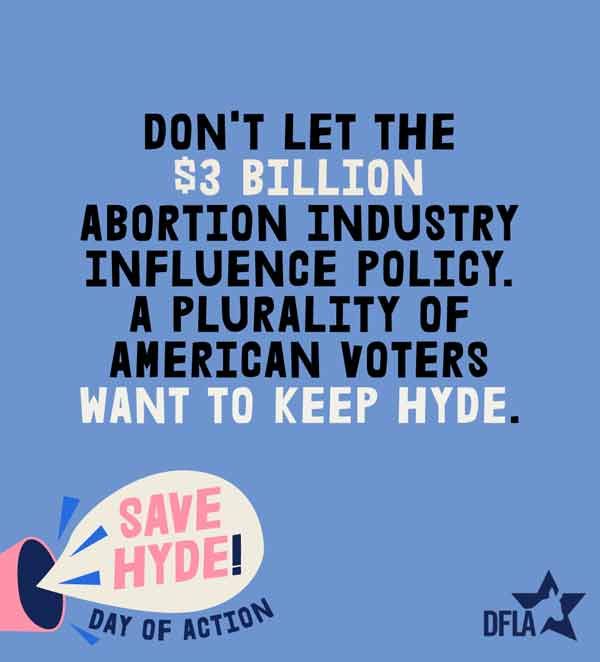 Want to be kept up to date about efforts to Save Hyde?
Sign up for our newsletter!